The Ohio Junior Classical League (OJCL) is the state organization which promotes the study of the Latin language and classical civilization.

The OJCL is part of the National JCL, which has over 47,000 members, making it the largest organization in the world dedicated to the study of classical civilization. 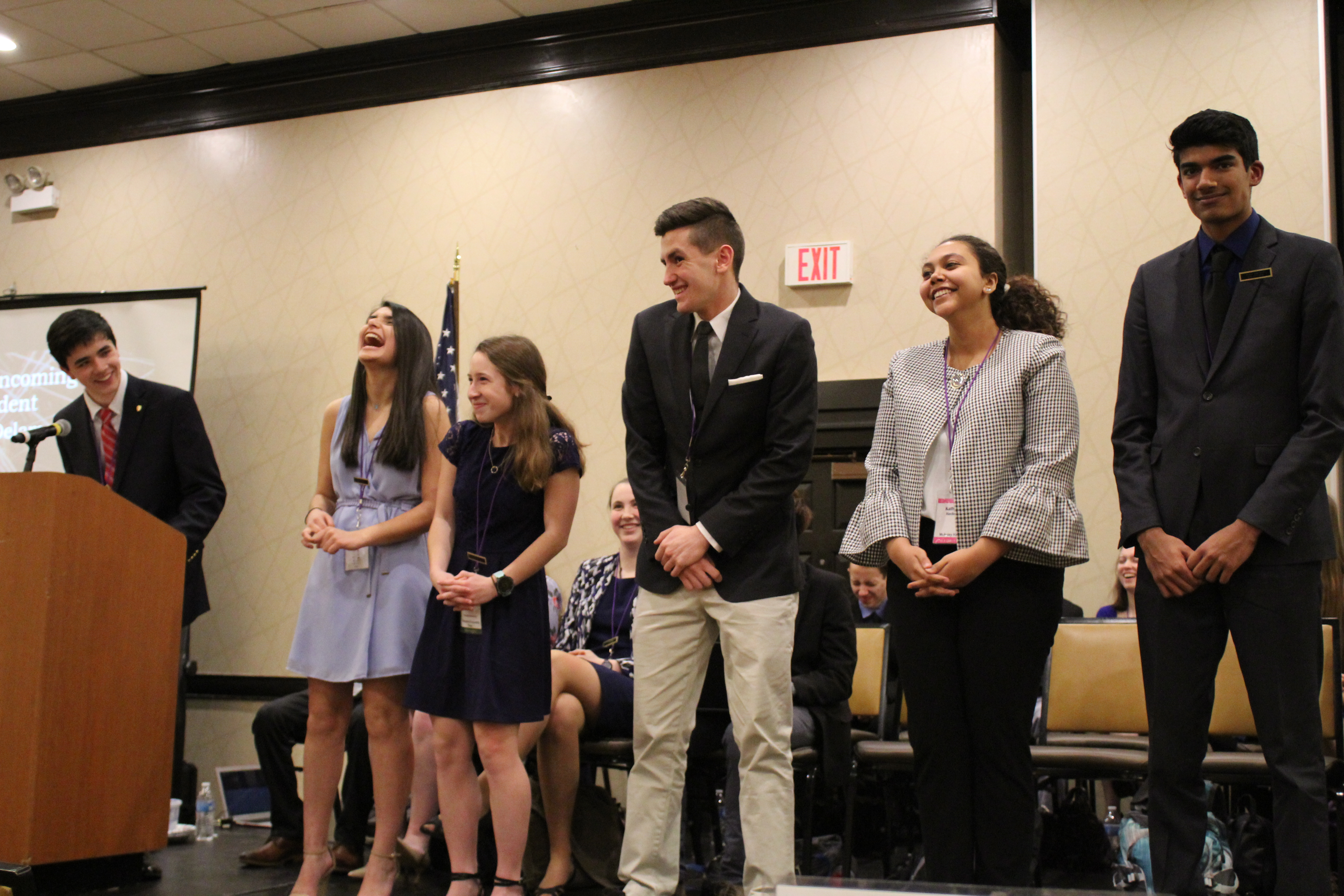 The JCL experience develops responsibility through positions of student leadership and participation in numerous service events. 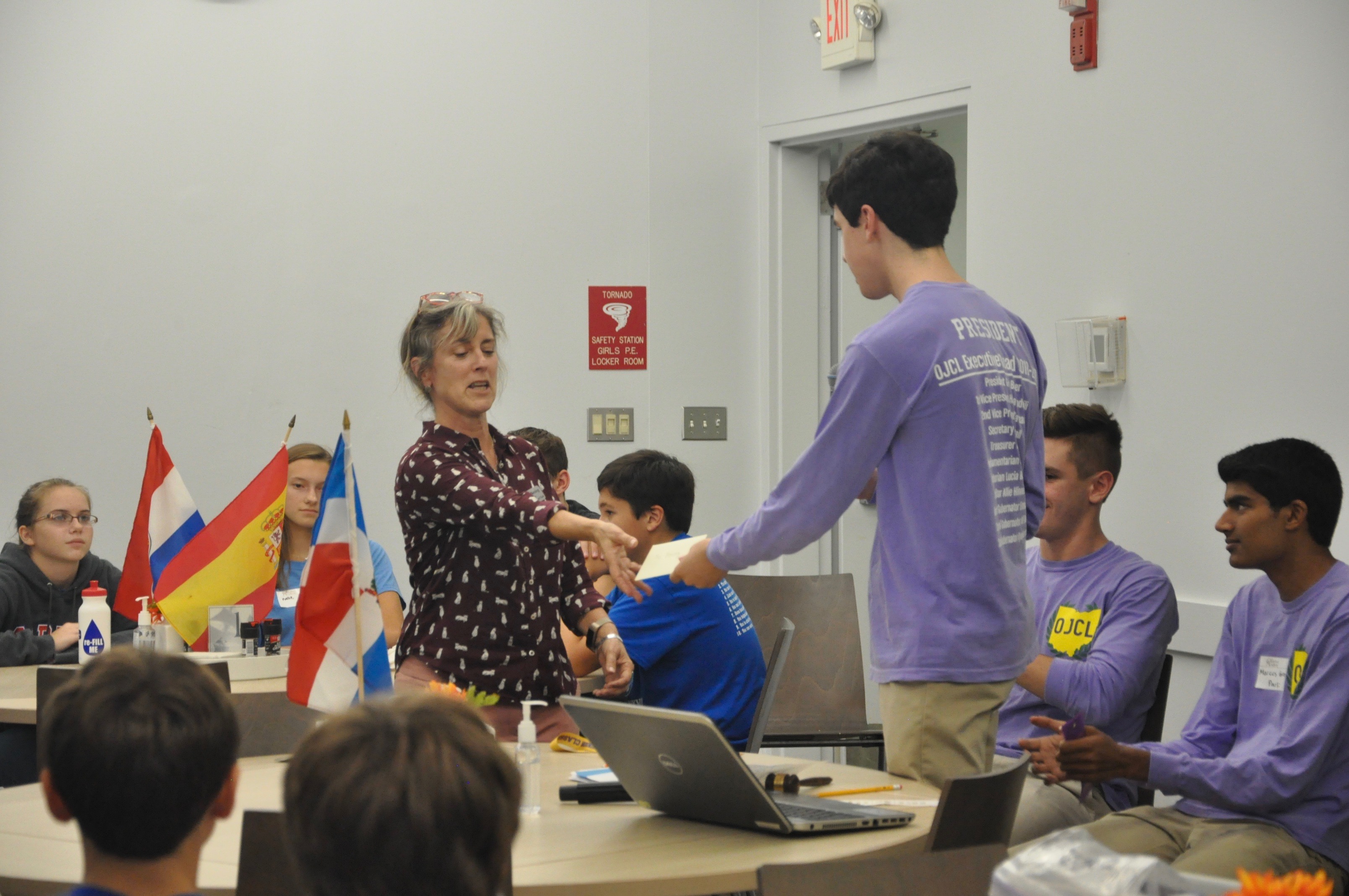 Throughout the entire year, the JCL fosters a spirit of community that travels across schools, regions, and states. 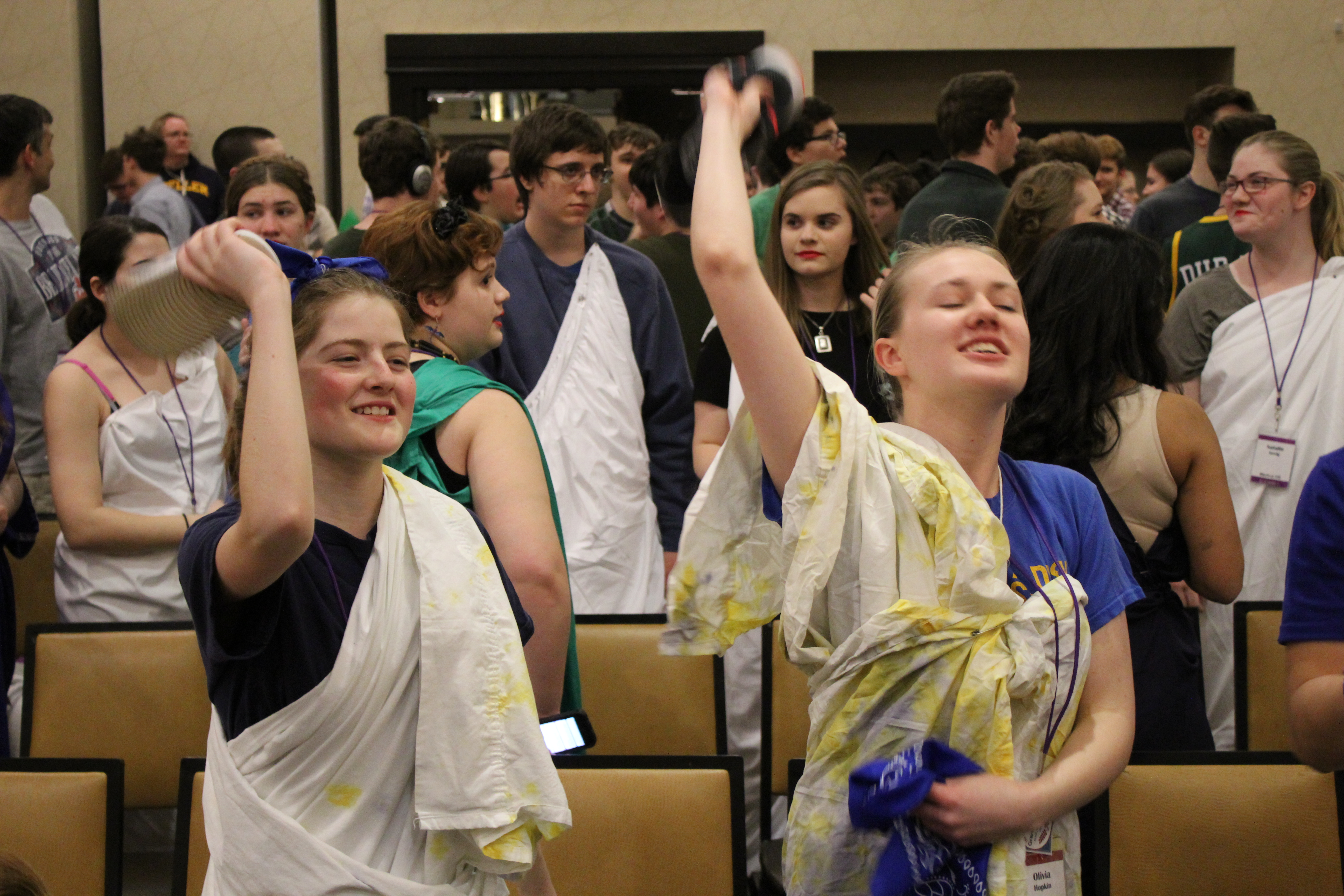 The values of enthusiasm, dedication, and passion for the Classics are instilled into all JCL members. 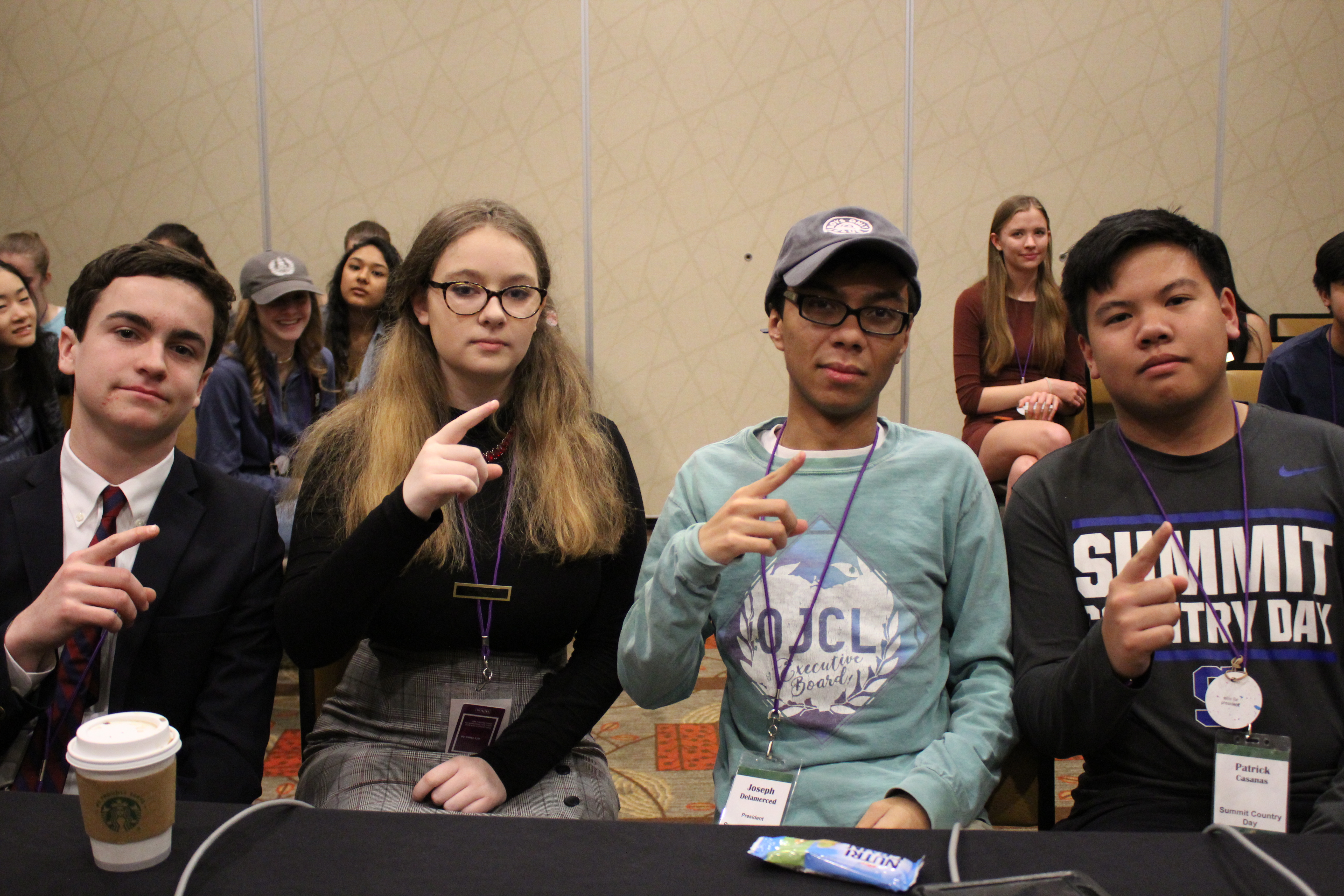 JCL members become part of friendly competition at the state and national level, excelling in several areas of the Classics. 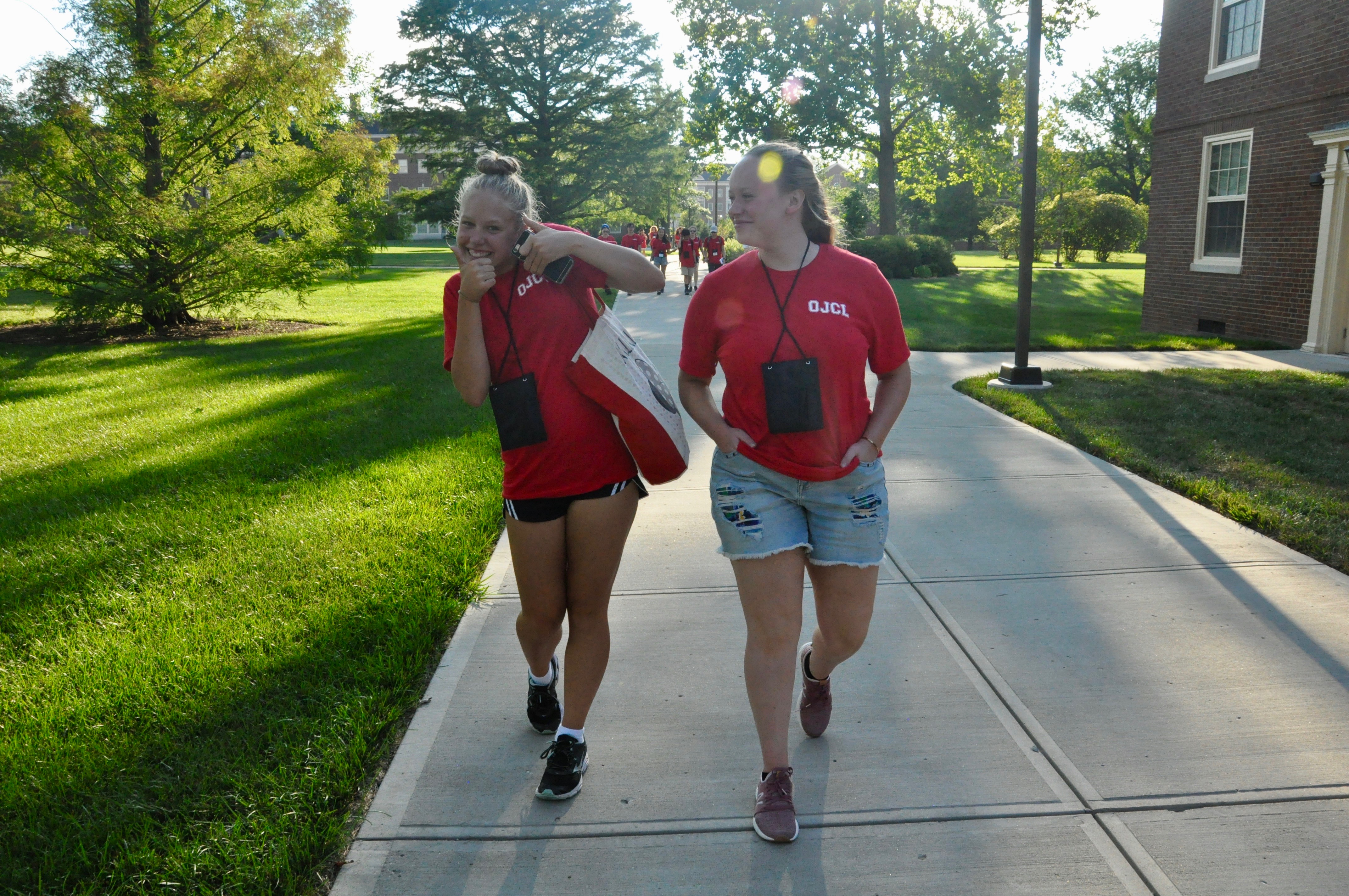 The JCL is dedicated to enriching each member's total growth. Talk to a Latin teacher/sponsor about the OJCL today!

The OJCL is divided into 3 regions:  North, Central, and South. In 2017, the OJCL celebrated its 67th year of keeping the torch of classical civilization alive, with 29 chapters and 1,009 students.

2 OJCL chapters are Century Clubs with over 100 members. They are:

Each year, the OJCL hosts a convention in Columbus which brings together over 800 students, teachers, and parents from across the state of Ohio to celebrate the study of Latin.  There are a variety of competitive activities at the convention:  academic tests, art contests, certamen, and creative performances (in both English and Latin).  In addition, the convention offers a number of social activities, including a dance, a toga banquet, and OJCL’s Got Talent!

The convention is a wonderful opportunity for Ohio Latin students to earn recognition for their academic & artistic achievements, to gain leadership skills in the state organization, and to make new friends from around the state.