Certamen (which is a Latin word meaning “competition”) is a Jeopardy!-style game on all aspects of the classical world.  There are certamina at the local, state, and national levels.

State Championship Certamen at the OJCL Convention in Columbus 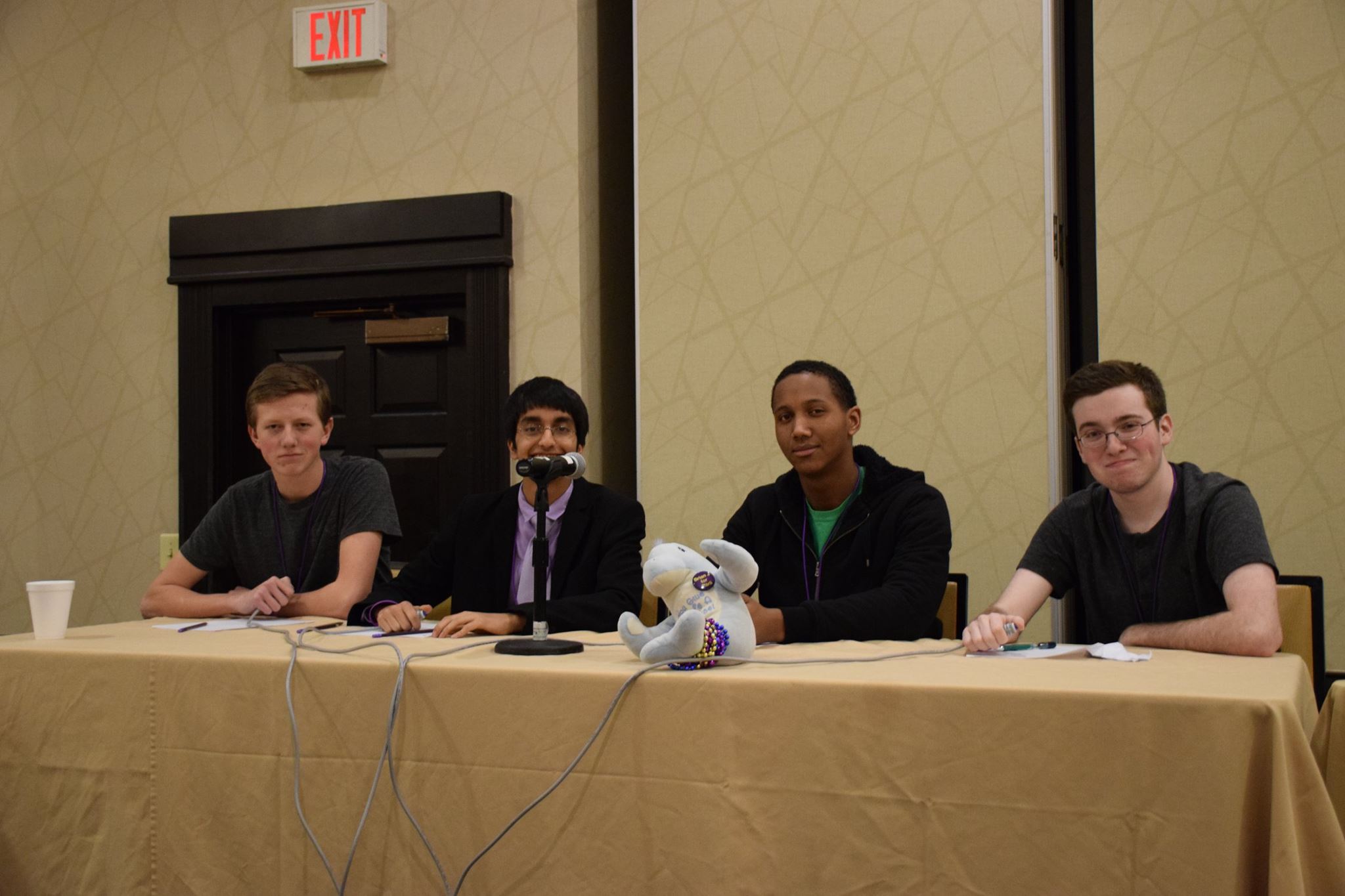 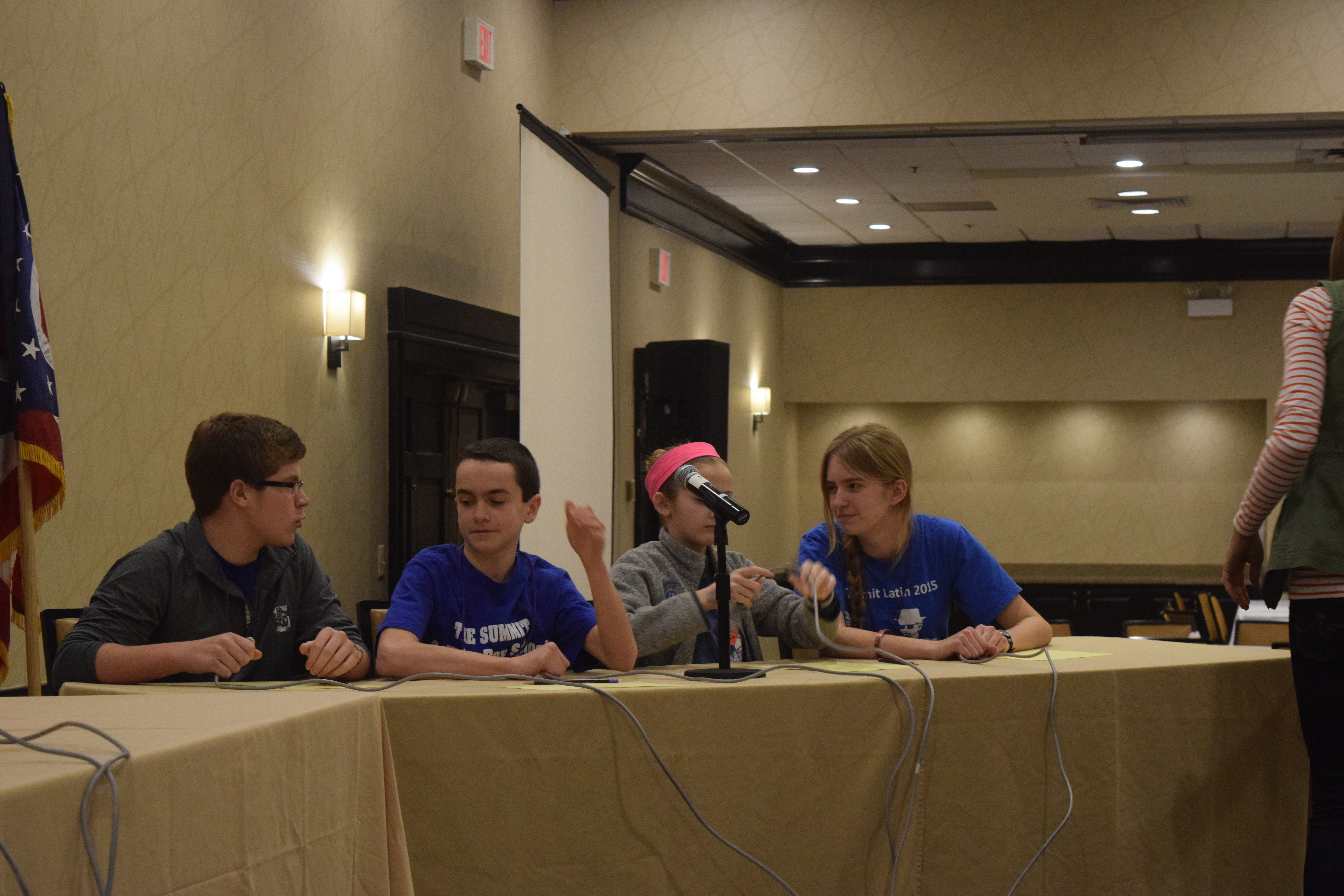 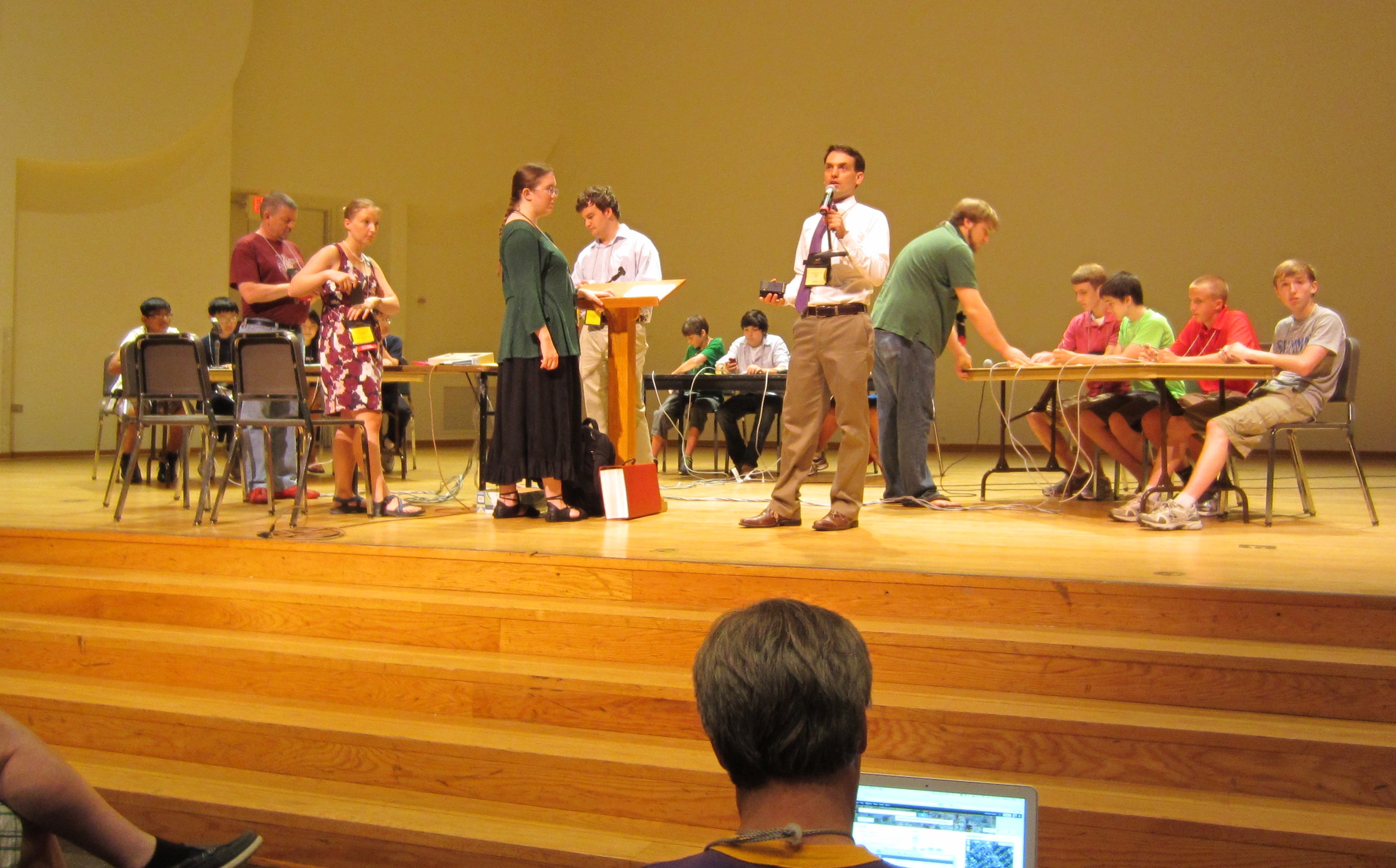 Ohio National Certamen Team, 2012
The 2012 Ohio Novice Team on stage at the NJCL Convention. The team went on to place first in the nation! 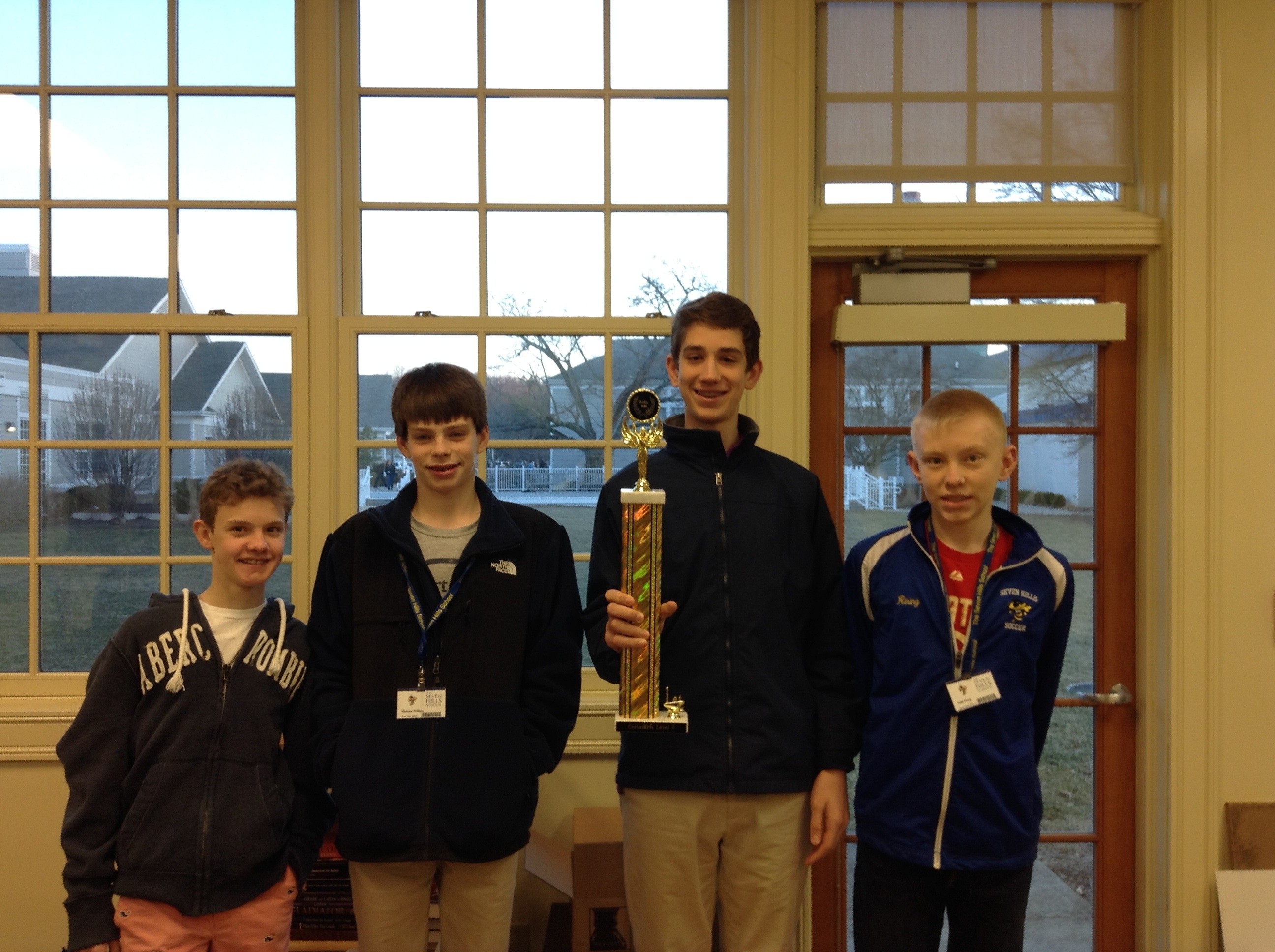 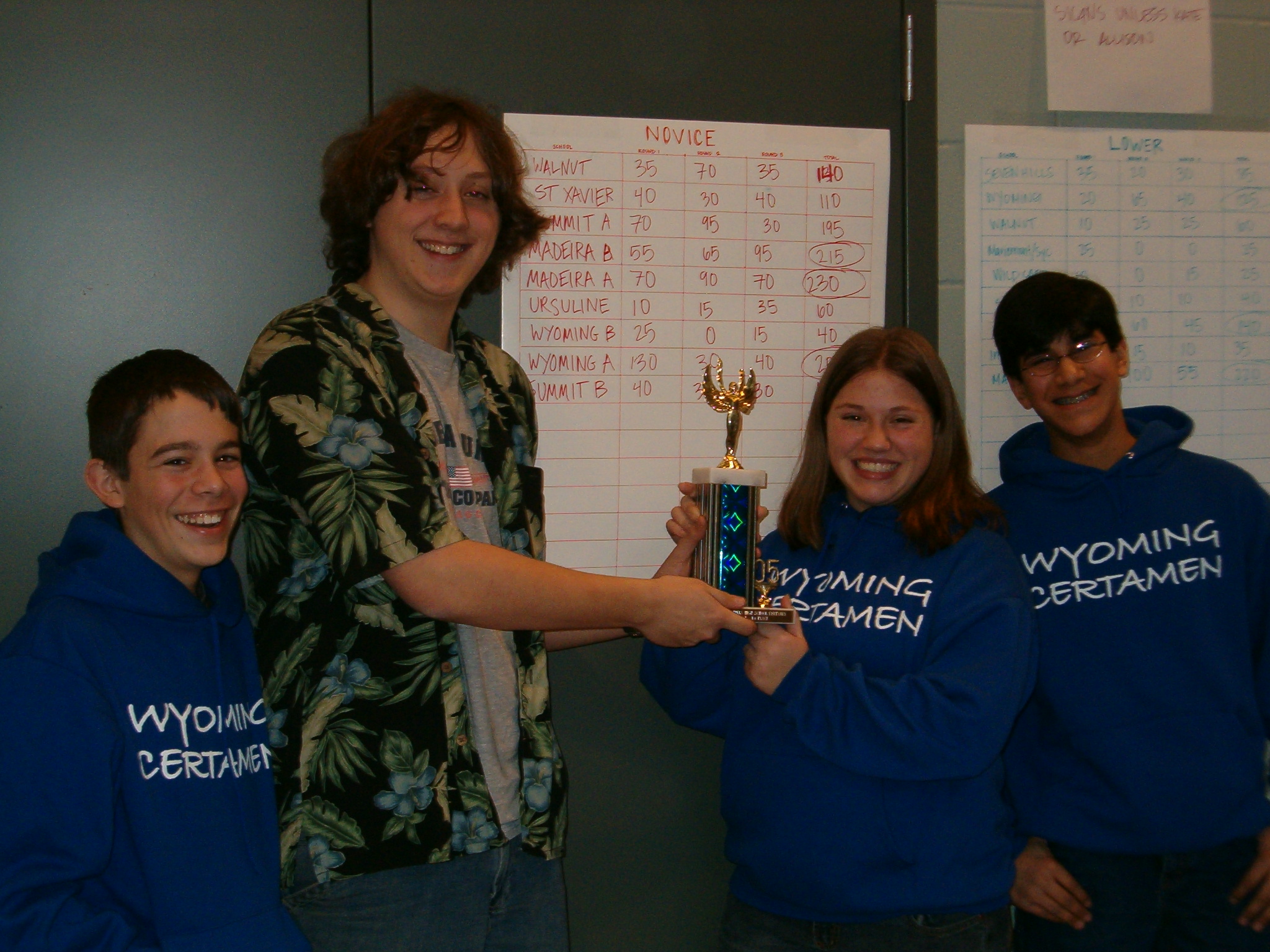