I slept in and had a relaxing morning.  Got some coffee, people watched in the Student Union building, which is the main meeting place for the NJCL this week.  I was sitting near the sign-up sheets for the various creative arts (performance) contests – speeches, costume, impromptu art, essay.  Because I was nearby, everyone assumed that I was working the sign-up tables, so I soon found myself directing students through the process.  Among them was my son Tullus, who signed up for Latin Oratory, where you memorize a set passage in Latin beforehand and then recite it in front of 3 judges/teachers, and they in turn score you on your pronunciation, phrasing, memorization, and understanding of the passage.  The OJCL uses the same set passages at the NJCL, so his work for the state convention makes this contest easier at nationals.  Jump to the evening:  Tullus recited his passage and said he did well.

My daughter Julia woke up before 8 am, which is a rarity in the summer, but she wanted to hang with her friends.  Her group went to have breakfast at the Dining Hall, which is rather small for the 1,200 people here for the convention.  She was bummed because they were out of pancakes.  Caroline Klette commented, ‘They never run out of Cocoa Puffs.’  The line was so long when they went to lunch that they just grabbed a quick bite inside the Student Union.  The dining cards for each student also work at most of the eating places in the Union – Subway, a pizza place, Taco Bell, a vegetarian place – in order to accommodate so many people.  Today, I ate at Subway, whereas Christy Bening, the Latin teacher at Columbus Academy, had a big salad from the vegetarian place. 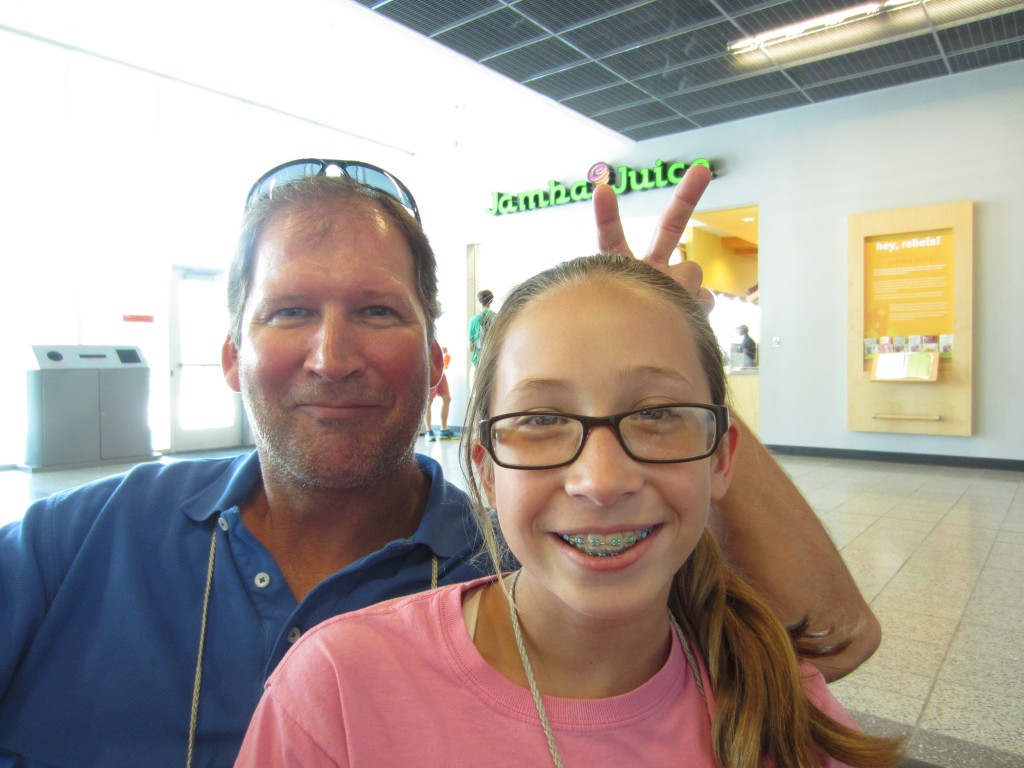 The convention started with the 1st General Assembly.  Everyone at the NJCL attends the GA’s, so there were around 1,200 in the auditorium.  Here are some highlights:

The first Contest Session was this evening, and the tests were Hellenic History, Latin Derivatives, Heptathlon, and Ancient Geography.  The students all pile into the auditorium with 1 or more of the tests, a scantron, and a pencil.  Then it is 2 hours of bubbling.  Later, at the OH fellowship which happens every night to end the day, Alex Lathem noted, ‘I was terrible on geography, but I did well on derivatives.’  Narayan said, ‘The geography test made me feel happy.’

The Certamen Orientation also took place.  More on the players and teams another day, but each level will have some tough competition in the 3 round robins against perennial powerhouses Florida and Texas.

Some random comments from the fellowship:

I ended the long day by helping Patrick O’Connor check into his room around 1 am.  Welcome, Patrick!