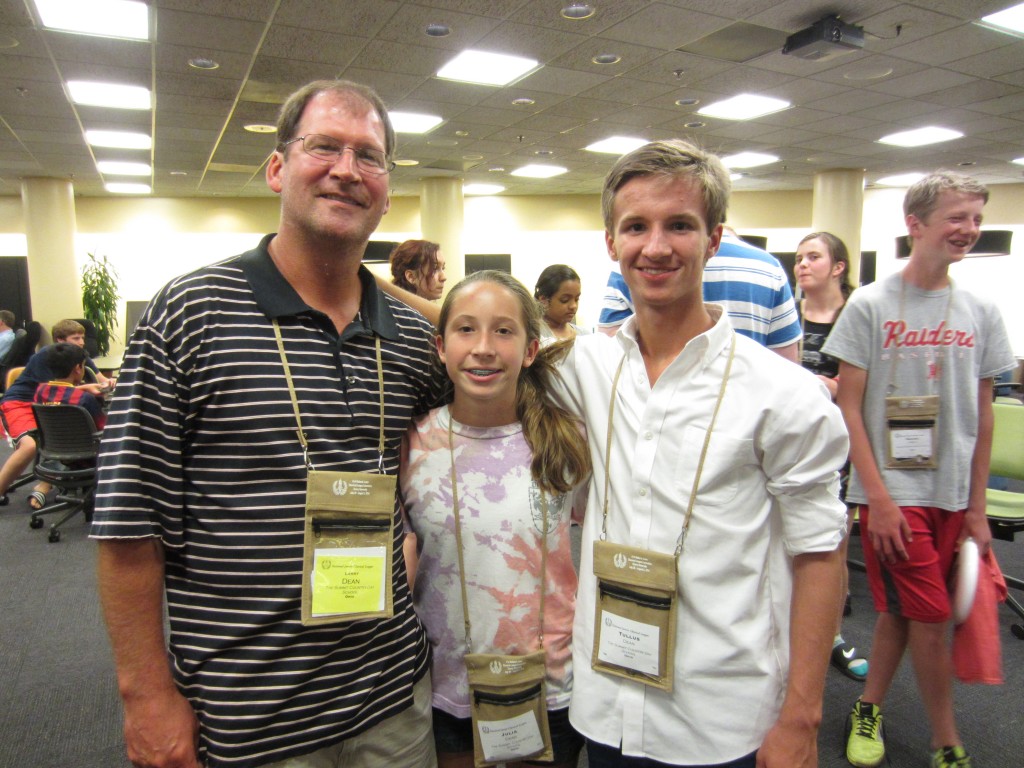 This morning was the calm before the storm.  Students had plenty of time to register their art projects and to sign up for other competitions before the 1st General Assembly at 1 pm.  I got some coffee, got my internet access working, had a nice lunch with DJ Cavoli, 1 of the teachers at St. Edward.

Highlights from the 1st General Assembly (official start of the convention):